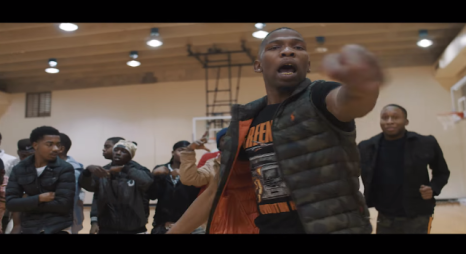 Memphis rapper Blocboy JB has been having a year like no other. He started of the year with his single “Rover” heating up in the streets (with 10+ million views on Youtube). Shortly after that, he dropped the single “Look Alive” featuring Canadian native/ Memphis by-proxy rapper Drake (with a WHOPPING 180+ million views on Youtube)* in what could be in the running for the song of the year.

Now, that song is certified platinum according to the RIAA.

I’m sure the hate is gonna be heavy indeed but its seems as if JB isn’t breaking his stride at all. He’s subsequently dropped the remix to “Rover 2.0” featuring 21 Savage (with about 3+ million Youtube views) and his signature “Shoot” Dance is STILL heating up dance floors over the country and beyond.

For the ones who haven’t seen “Look Alive”, tune in below and shouts out to the North Memphis/Raleigh-Frayser upstart as he continues to thrive into the second half of 2018.

P.S. I keep mentioning the Youtube views just to show the MASSIVE reach Blocboy JB has at this very moment which is very impressive for an unknown artist just coming into the music industry. You can’t really hate on data like that.