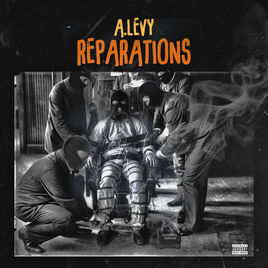 New Orleans emcee A. Levy have been on go mode for the last few months. Piggybacking off of his 2015 critically acclaimed project, Squares Delgation, Levy has been making major moves via tours (domestic AND international), merchandise and visuals online.

His latest visuals are from his latest project, Reparations which has been well received partly due to his cinematic visuals for his lead single “Love You” capturing the full essence of his hometown New Orleans and his follow up single, “Fuck Rap” which is a gritty lament about his personal trials dealing with the ups and downs of being an independent artist in today’s music industry.

Definitely check out his latest visuals below and make sure you cop AND stream his Reparations project here and here and here for the streams.*